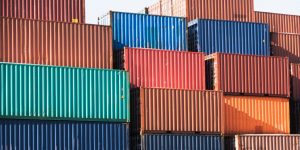 Imports are increasing at U.S. retail container ports, as August is expected to end as the busiest month for imports on record. This is according to the monthly Global Port Tracker reportpublished by the National Retail Federation (NRF), a national advocacy group based in Washington.

is nearly 8 percent higher from a year ago. Driving the numbers up are both the Port of Oakland and the Port of Virginia. Both recorded record import container volumes — The highest single month in the Oakland port’s history and a record boost for Virginia compared to the previous year.

“Retailers are selling more and that means they need to import more. These latest numbers are a good sign of what retailers expect in terms of consumer demand over the next few months,” said Jonathan Gold, NRF’s vice president for supply chain and customs policy.

What do you think? Are your imports higher than ever this month?