Retail Industry of the Future – Part 4

“Just as electricity transformed almost everything 100 years ago, today I actually have a hard time thinking of an industry that I don’t think AI (Artificial Intelligence) will transform in the next several years.” ~Andrew Ng

Automation and Robots are transforming the warehouse industry, what will we see next? What other human processes will be replaced with robot technology? Here’s part 4 of the series.

If you missed any of the other posts in this series you can view them here: part 1, part 2, and part 3.

How Will Orders be Fulfilled?

As robotics and automation technology advances, we will probably see more robots working alongside humans on the warehouse floor, drones, wearables including glasses, voice technology, and more.

Urbx is developing robotic fulfillment that scales up 150 feet tall and only takes up 1,800 square feet, being a great solution for cities with limited real estate available. The Urbx market store won’t have aisles, but instead a series of kiosks. Orders can be placed through mobile phones or at the kiosk, robots retrieve the items and deliver them to the customer. Lincoln Cavalieri, Urbx CEO says that in less than 2 minutes, robots can pack an order of 50 items or less.

Amazon has invested heavily in automation technology from a $40 million robotics lab scheduled to open in 2021 to hiring an aerospace engineer. Amazon fulfillment centers use robots to help pick products. The robots bring the items to the workers to pick and pack. Workers could pack 100 orders an hour, but with the help of the robots it went up to 300 to 400 orders an hour. The robots or drive units (Kiva) drive around the warehouse and pick up shelves of products and bring them to the workers picking the items. The drive units follow computerized bar code stickers on the floor and also use sensors to stop them from running into other robots or workers. 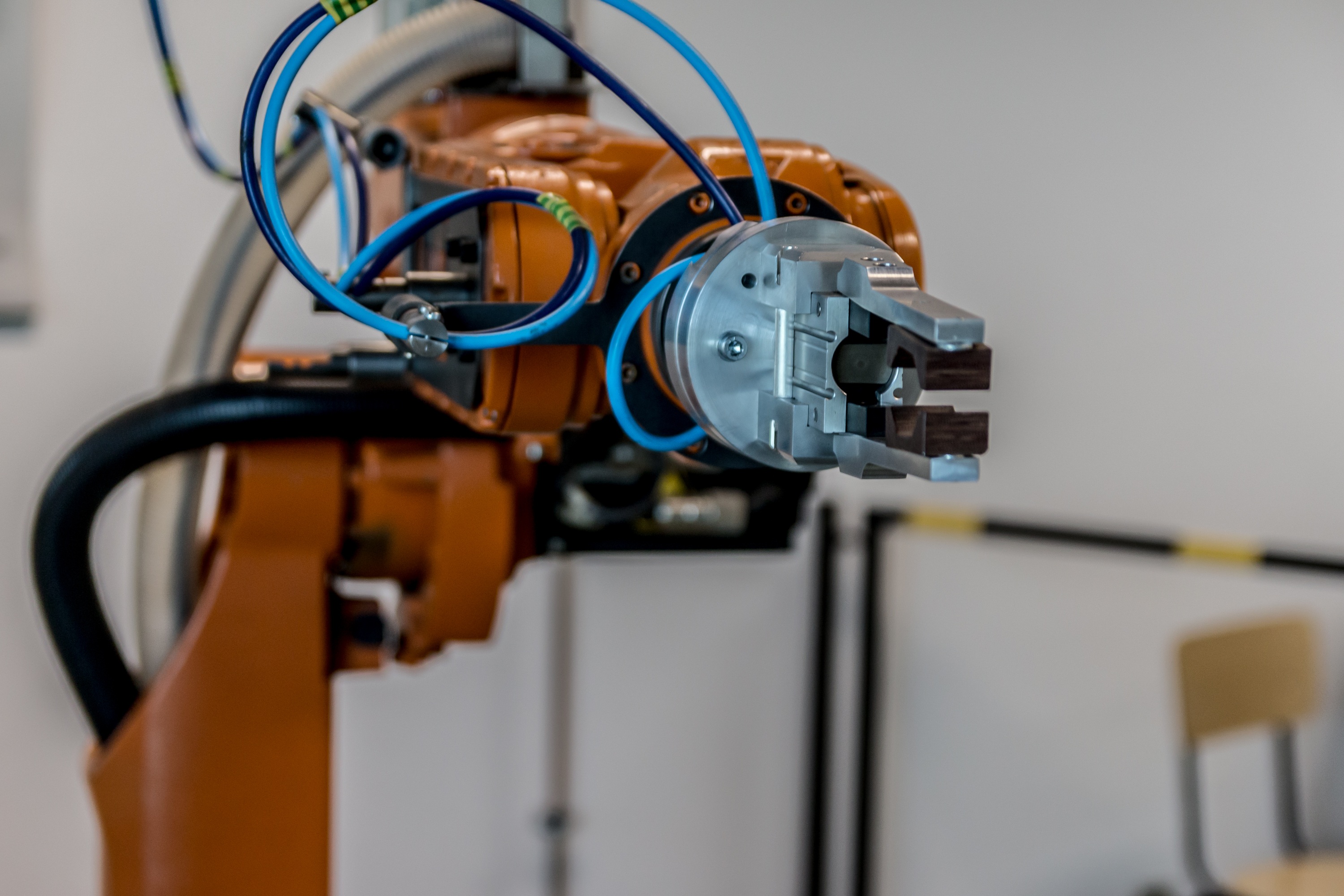 Amazon uses other robot models similar to the Kiva, like the Hercules, used for carrying pallets handling weights up to 3000 pounds and the Pegasus, similar to the Kiva, that can have a conveyor attached, so the robot can even drop items onto a conveyor belt. In 2019 another model was purchased that was easier to maintain, had different attachments, and it could even detect human workers. The workers wear tech vests that can be detected by the robots making it easier for the robots and workers to work along side each other. They also use a robotic arm that can reach up to 12 feet, carry 2,600 pounds, and has accuracy of .18 millimeters. They also have labelling robots made by CTM Labelling Systems, with 2 robots working together they can label one package in one second.

Amazon is using AI to predict what the consumer will buy, so they are able to have the items in the fulfillment center before the items are even purchased. So, what will we see in the future? One of the focuses is for developing robots that have similar functionality to the human hand; able to pick up items of different sizes, shapes, and weights. In 2017 Amazon bought Dispatch that created carts for urban delivery and in 2020 acquired Zoox that develop self-driving vehicles. In Japan, they are testing robots that can be controlled by humans even from other locations. In the future will we see people working from home controlling robots in the warehouse? Amazon Go stores uses sensor tracking to figure out what items are picked up or put back, will we see more of this technology incorporated into the warehouse picking process? 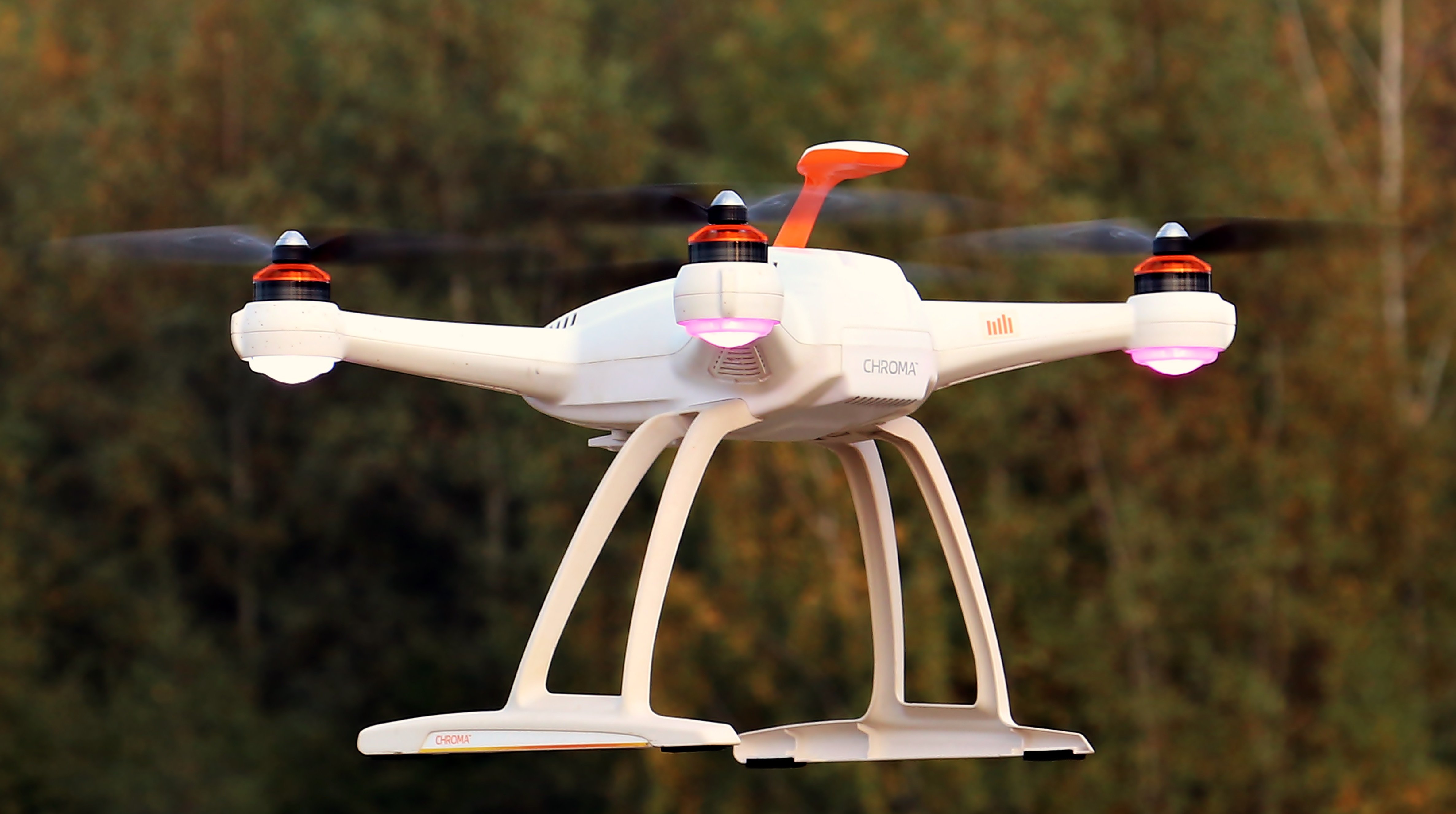 We will probably be seeing more voice directed technology in the future as well. Shipping Easy, an ecommerce site that fulfills orders, uses voice assistant to manage orders and check postage rates, all hands free. Amazon is also investing $10 billion in a satellite network allowing all their robots to be connected to a central server. Will we see drone delivery or scout robots delivering items to our doorstep? Amazon has developed a security drone that can fly around your house, sending you footage if there is an intruder.   Will there be similar technology that will allow the robot to open the door for the drone or scout robot to deliver the item inside your house?

Is a lights-out and sustainable robotic operation a realistic possibility with the existing technology? Kristin Fornal at IAM Robotics says, “Not yet. The technology still has a ways to go for an entirely automated lights-out operation because people are still able to adapt to their environments faster than robots can. For example, if the way a task is completed needs to change, people are able to quickly receive and comprehend the new instructions to change their ‘programming’ to effectively complete the task. In order for the robot to change how it performs the task, it needs to be reprogrammed to process the new way to complete the task. The concept of a lights-out, sustainable robotic operation is appealing; however, robots are machines and machines break down.”

Time will tell what we will see next, but one thing we know “The only constant in life is change”-Heraclitus.

Contact us today if you would like to know how our best-in-class warehouse management solutions can help automate your warehouse processes, while reducing errors and increasing efficiency!