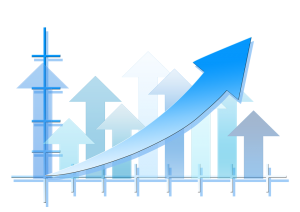 The report, by the Milwaukee-based supply chain market research firm Armstrong & Associates, shows that the global 3PL market generated just over $800 billion in 2016 and will reach $1.1 trillion in 2022. Global logistics costs were at $8.2 trillion last year; those are expected to surpass $11.1 trillion five years from now.

An increase in domestic consumption within Asia-Pacific is shifting services away from export-related activity and toward supporting intraregional ground distribution involving warehousing and distribution as well as cross-border transportation management services. In past years, growth was attributed primarily to outsourcing and offshoring manufacturing from wealthier nations.

Ecommerce is another strong driver. Even though it represents just 5 percent of the market, its growth is outpacing the total market. Armstrong says that its market share will increase to 72 percent of total revenues by 2020.

Armstrong suggests that U.S. firms that don’t operate outside North America should find ways to leverage operational strengths through acquisition, which will help them enlarge their global footprint. Partnering with companies already in the region will help them when navigating languages, cultures, currencies, and other factors involved in foreign markets.

Are you on the “right side” of consolidation like the majority of respondents in this survey? How has it helped your business?